It was announced back in March that Zendaya will star as the female lead alongside Tom Holland in the highly anticipated Marvel reboot of Spider-Man.

Filming has started in Atlanta, Georgia and the whole cast stopped by Comic Con San Diego this weekend to tease the film and FINALLY give us some deets about Zendaya’s role. Here’s everything we know so far.

1) Apparently, her character’s name will really be Michelle. In the beginning, many fans suspected “Michelle” was code for Peter’s love interest in the comics, Mary-Jane Watson. But the director of the movie, Jon Watts, seemed to confirm the characters’ names during an interview with Entertainment Weekly.

Now fans are suspecting Zendaya might be playing a younger version of Peter’s post-high school roommate from the comics, Michele Gonzales. Despite the name being spelled differently, this seems like the most likely scenario, considering every other role is based on a comic book character.

2) Michelle is a shy, funny bookworm. Zendaya explained to MTV that her character is dry, awkward, and always in a book… kind of like herself.

3) Michelle is totally unimpressed by Spider-Man. Zendaya revealed on the red carpet that Michelle couldn’t and wouldn’t care less if she found out Peter Parker was Spider-Man. He can fly across NYC using spider webbing, you say? Who cares!

4) Zendaya is channeling Lindsay Weir from Freaks & Geeks. At least that’s what Kyle Buchanan, a senior editor at New York Magazine, said about her character after watching some exclusive footage from the movie.

5) You might say Z’s also channeling Allison Reynolds from The Breakfast Club. The cast kept comparing themselves to characters in The Breakfast Club during interviews, since Spider-Man: Homecoming is going to be a John Hughes-esque high school movie. They recreated the iconic Breakfast Club movie poster to push the point home. It might just be a coincidence, but Zendaya happens to be recreating Allison, the movie’s social outcast’s, pose in the pic.

6) Zendaya and Tom have insane chemistry. Zendaya and Tom (Tomdaya?) joked around on the Comic Con red carpet and the pic is too adorable to describe, so just look at it. 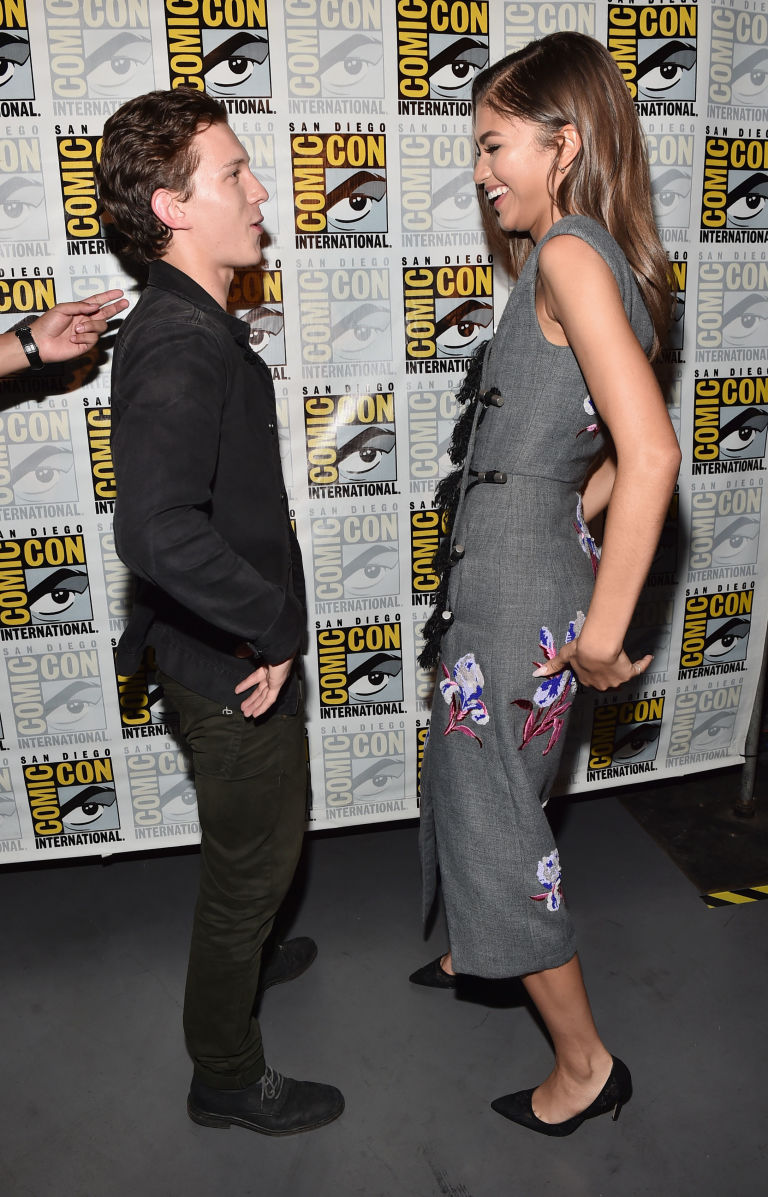 If Michelle is a younger version of the comic book Michele, there’s a chance she and Peter could have a bit of a fling throughout the series. And considering Zendaya and Tom get along so well, it looks like they’ll have no trouble pulling off their characters’ chemistry on screen.

Still not much to go on here, and overall, “Michelle” is still a major mystery, but these new deets should hold you over until we finally get to see an actual trailer. The movie is coming out in a little under a year, so we should be getting one soon. In the meantime, Zendaya is definitely enjoying her new spot in the Marvel Universe.

18 Memes That Perfectly Define Your Period

Let these memes do the complaining for you. You can only say, “Ugh, I have cramps and they hurt” so many times throughout your menstruating ...